How does Wall Street work? A young adult’s guide

So, you kind of get what Wall Street does. A lil’ bit. But not really. Something with money, and the economy, and douchey guys in suits. I’m here to make it crystal clear with an example.

Most kids at some point attempted the requisite summer lemonade stand. You helped your mom make the lemonade Mom made the lemonade from a powder and donated some Chips Ahoy! cookies. You envisioned an intricate stand with a glorious sign, like kids in TV commercials. But, alas, you settled for “Lemonade $1” on dented cardboard. Stools for you and your friend (under the watchful eye of an adult) and you were off. Seven-minutes later you became seriously bored. Pretty much nobody drove by, let alone stopped. Sure, you scored the young couple with the yellow lab who thought you were adorable. And someone’s grandma. Overall, it sounded way more fun and lucrative than it actually was. Still, it was a rite-of-passage and you probably remember it fondly. 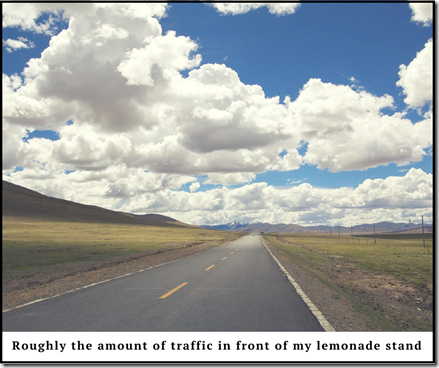 But what if you grew a little older and wanted to run a legit neighborhood lemonade business? One that didn’t require your mom to hover behind you to ensure you weren’t kidnapped. How would you go about it?

For starters, you’d probably enlist a friend and pool your money together. Let’s say you and your friend Olivia had $20. You’d most likely “borrow” sugar from your parents, but you’d need lemons, and cups. Gotta go fresh-squeezed if you want a solid product. Not to mention, a decent, professional-looking sign. So, you spend a few bucks on the sign, and the rest on lemons and cups (let’s assume water and ice are free at home). You squeeze all the lemons by hand which is a huge pain in the butt. Since you’re offering a killer lemonade you want to charge an arm and a leg for it. But you figure the neighborhood (market) won’t bear more than the standard price for a cup: $1. If every other lemonade stand charges $1 and you charge $5, you can be damn sure you won’t sell any. Competition keeps prices low.

Finally, you’re ready to go, and you spread the news to some of your neighborhood friends. Word gets around, it’s ungodly hot outside, and you sell out in an hour. You wind up selling 30 cups of lemonade, generating revenue of $30 against your cost of $20, for a net profit of $10. Woohoo! Your elation soon morphs to dejection, though—the shopping, lemon-squeezing, and selling constituted about four hours of work. You just earned $2.50/hour, split two ways! Well below minimum wage. Hmmm.

Maybe you need to go bigger. You already have the sign, so you can spend the full $30 revenue on more lemons and cups. But you realize that won’t make enough money either. You need help to scale the operation. You tweet Kim Kardashian You text your friend Bernie. He’s an enterprising young chap (our Wall Street guy) who’s been known on occasion to sell candy from his sack lunch. He agrees to assist if he can own an equal part of the lemonade stand (an “equity stake”). You agree. The three of you will split profits evenly. You and Olivia put up the money (capital) and Bernie brings the expertise.

Bernie suggests buying a juicer, to produce lemonade much faster and easier. But a juicer costs $100, and you only have $30. Plus, you still need more lemons and cups. You need to raise money. Bernie proposes taking out a loan (borrowing money from your dad). Dad says, “Go clean your room,” and throws in a “money doesn’t grow on trees, you know,” for good measure. Bernie, who’s the “investment banker”, tells you about two other ways to raise money. 1.) Sell more ownership of the company (selling stock, like in an IPO, or Initial Public Offering) to other neighborhood kids. Or 2.) sell them bonds; another way to borrow money. You figure three owners is enough and you’d rather borrow the money. How does one “sell bonds” exactly?

Bernie says you’ll give out IOU’s in exchange for cash. He grabs some paper and cuts it into little strips and writes “Lemonade Stand $10” on them. Kids can buy them for $5, and in one week, they can redeem them for $10. Hopefully you’ll make enough money to pay them back. These are the bond certificates. Now you need people to buy them. You determine you need to sell 25 of them, to raise $125 additional dollars for a juicer and lemons/cups (meaning in a week you’ll have to pay back $250, or 25 x $10). The three of you canvas the neighborhood, knocking on doors. This neighborhood trip is called a “roadshow” and you’re looking for “investors” in your lemonade stand.

At the first house, your frenemy Mia answers the door. You make your pitch—tell her how good the lemonade is, how fast it sold out, and how you plan to become the Starbucks of lemonade. The risk, of course, is that you go out of business and the certificate is worthless. This is known as “credit risk.” But you don’t talk about that part so much (hey, I never claimed Wall Street was totally honest). She says to leave her alone, never come back, and threatens to call the police. Whoa! Soooo… you try the next house. Ah, your friend Ava. Ava knows a good deal when she sees it. She’s in! She hands over her $5 and you give her the bond certificate. Eventually, you sell all 25 certificates and raise your $125. You buy the juicer for $100, and spend the extra $25 (plus the $30 revenue from your sales) on lemons/cups.

The next day, you make the lemonade in fifteen minutes. Thanks juicer! Shopping still took an hour, but now you have a bunch of investors (aka creditors or lenders) who want their money back. There’s a line down the block. You sell out in 45 minutes. This time, you make $115 revenue. Ignoring the cost of the juicer for the moment, you spent $55 on lemons/cups for a profit of $60. To boot, you only spent two hours of work between shopping, juicing, and selling, for a work rate of $30/hour. Even splitting it three ways now, you each earned $10/hour. BUT—in a week, you must pay your bondholders $250. Much of that profit will return to them.

Now you have $115 to spend exclusively on lemons/cups. On day three you decide to sell while you’re making the lemonade. And you make a deal with the grocer to have the supplies delivered in exchange for ongoing business. The whole process takes an hour and you make $235 of revenue, for a profit of $120 ($235 revenue minus $115 cost). $40/hour per person. Things are looking up! 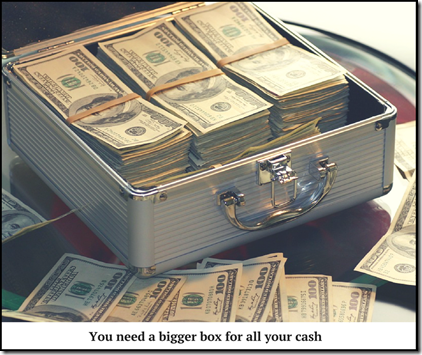 Mia, despite her restraining order against you, realizes the error of her ways. She wants one of those bonds now, except they’re all sold out. You, of course, want to gloat and tell her to beat it. Bernie, the investment banker, intervenes and says, “no problem.” He recruits his friend Erin. Erin is the “trader”, also known as the “market maker.” Erin asks Mia how much she’s willing to pay for a bond (which pays out $10 in only 5 days now). She says she’ll pay $8. Erin walks around the neighborhood, prepared to buy kids’ bonds from them for *$7*, with her own money. She says “Hey, that bond you paid $5 for, I can buy for $7 right now, and you can make a $2 profit in 2 days. No waiting around to find out if you’ll get your full $10 or not.” The first kid she encounters sells it to her (“hits her bid” in trader lingo). Erin turns around and sells it to Mia for $8, and makes a $1 profit for herself.

This is the “secondary market” for bonds. Why stop there? Erin concludes Mia probably isn’t the only one who would buy a bond for $8, so she buys three more for $7 each. She could use a little help finding buyers for them, though. So, she texts her friend Jack and tells him she has three bonds for sale at $8, can he find buyers? She tells Jack she’ll pay him 50 cents commission for each one he sells. Jack is the “bond salesperson.” Jack writes Erin back and says he sold all three bonds. Erin earns $3, and pays Jack $1.50 out of her profits. Erin now tells Jack she’d buy more if he can find any sellers. Jack goes back to work.

Meanwhile, the lemonade stand makes money hand over fist. You easily pay off the bonds after a week and retain a handsome profit. The current bondholders collect their $10. Some paid $5 for them and some paid $8, but they all made money, and a good return. Boom.

This simplified example, in a nutshell, is how Wall Street works. A company often needs help (growing, in our case) by accessing the financial markets and investment community. “Wall Street” is the entity that allows them to do so. It brings together corporations (our lemonade stand) and the capital (cash) they need from investors (neighborhood kids). Investment bankers (Bernie) help them figure out the best way and launch the transaction. Traders (Erin) and salespeople (Jack) operate in the subsequent secondary markets. They accommodate investors who wish to buy or sell those bonds (or stocks). The traders provide liquidity, through a bid/offer spread (in our example, Erin offered to buy at $7 and sell at $8). 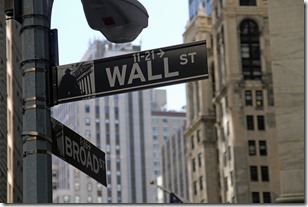 In this case of your kickass lemonade stand, everybody won. You and the owners of the lemonade stand made good profits. The investors all profited, and the trader and salesperson did, too. Even the grocer made out. Not to mention, the consumers of the lemonade got a tasty drink they wanted. There were no losers (except Dad, maybe). Buying the lemons and making lemonade added real economic value to the neighborhood.

I hope this helped clarify what Wall Street in general does, as well as the specific role investment bankers, traders, and salespeople play. In real life, Wall Street serves many other functions too, but the example above certainly highlights a major function. Wall Street is often vilified (some of it deserved, too), but it provides an essential function in our economy. Note: I spent 19 years as a bond trader!

10 comments on “How does Wall Street work? A young adult’s guide”