A Young Adult’s Guide to Inflation

This is one of those thoughts that nearly everyone’s had at one point. Why can’t we just print more money? Pay off the debt, feed the homeless, make every family a little better off. Win win! Children usually ask this question. Adults often don’t know the answer, but are too embarrassed to ask. The short answer: not enough paper inflation. Thanks for reading, I hope you enjoyed the post. Kidding. That answer, while correct, doesn’t quite clear it up for many. Let’s fix that.

To understand, we need to agree on what money actually is. After all, a dollar bill is simply a strip of paper. It has no intrinsic value. If you were the last person on earth, a wad of hundreds would be worthless (except maybe to burn). Today’s money has value because we believe it does. That’s it. It requires a leap of faith, like eating at a dodgy sushi restaurant. You can buy things with money, and everyone agrees on its worth. A dollar is a dollar and a twenty is a twenty. If everyone stopped believing in money’s value, it would cease to have it. Things didn’t always work this way, though. Cue history lesson…

Going back thousands of years, currency was originally commodity money. It was prized goods you traded. Cows, weapons, spices. People also paid in gold and silver. Given they’re hunks of metal, technically they have no intrinsic value either. But since they’d been universally treasured for eons, they sufficed.

The first form of money in the United States was commodity money. With the Coinage Act of 1792, we stopped using European currency and minted our own coins. The coins were made of gold, silver, and copper, and the value of the metal used matched the face value of the coins. They didn’t just represent an amount; the coins themselves were valuable for their materials. 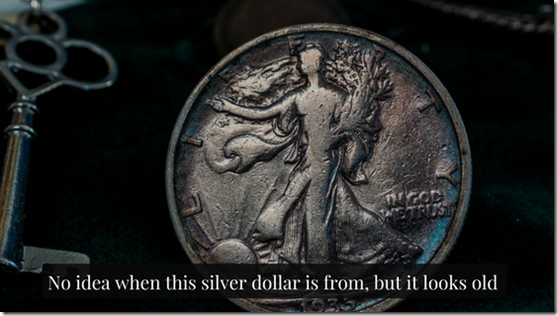 That brings us to the next monetary evolution: representative money. While gold coins were easy to carry, gold bars weren’t. Nor was it convenient to drag your cow Bessie around with you in case a good deal came up. Instead, you gave a bank your gold in exchange for paper money in the amount of that gold. At any time, you could swap your bills back for gold. More importantly, you could buy stuff with those bills, because anybody could redeem them for gold at the bank.

The U.S. introduced paper money with the Gold Standard Act of 1900, as described above. But in 1933, President Roosevelt effectively ended the gold standard to combat the effects of the Great Depression. People were hoarding gold. The government couldn’t let creditors demand gold for cash because it would deplete the central bank’s reserves. They sought to lower interest rates by increasing the money supply, which wouldn’t be possible without more gold to match. So, they forced people to deposit their gold for cash, turning the Federal Reserve into a giant pawn shop. Jacking up the price of gold gave it a ton more cash. The price of gold was fixed there at $35/oz until 1971, when Richard Nixon officially abandoned the gold standard for good. 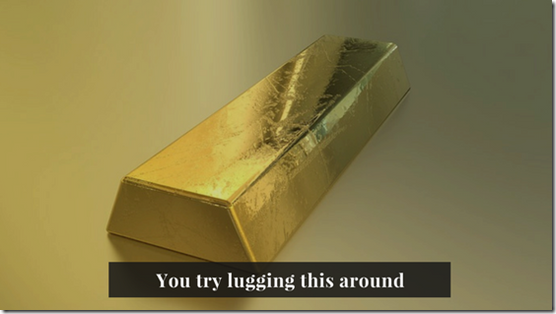 That event alone is noteworthy for this blog post. Because during the Vietnam War, other countries noted the United States was building up quite a war deficit. It was spending dollars for gold it didn’t have. “Printing” money. So, what did the rest of the world do? They challenged us to a dance fight took their U.S. dollars to the Fed and demanded gold in return. Uh, sorry guys, no more gold standard!

Today, most currencies around the world are known as fiat money. It’s not backed or guaranteed by anything. It requires faith and trust in the government that its money will continue to have value. Which finally (whew!) brings us back to why we can’t just print more money if we want.

Without turning this into economics class, let’s state some things that are pretty straightforward. If the supply of something increases (like money), its price drops. If demand for goods rises (for example, people have more money), prices of those goods will rise, too. This is inflation.

Imagine a simple world with only two authors, and one coffee shop. Each day, Author King earns $6, Author Patterson earns $3, and the coffee shop makes 3 cups of coffee. You can quickly see the fair price of a cup o’ joe is $3 in this world ($9 total dollars, divided by 3 cups of coffee). King gets 2 cups, and Patterson gets 1. King clowns Patterson in the process. What if you doubled their pay? Could they get twice as much coffee? No. The fair price of coffee is now $6/cup. Unless production of coffee goes up, its price simply rises. King still gets 2 cups, and Patterson gets 1. Unless it’s accompanied by a rise in production, an increase in the money supply causes inflation.

Let’s think about it another way. The United States government mails every person $10,000. What happens? Is everyone saved? No. In fact, your buying power would remain unchanged. It would be like Black Friday on steroids. Everyone would run out and spend like crazy. And all the stores would raise prices accordingly. If everybody could suddenly afford an iPhone, for example, its price would spike. (Unless Apple increased production of iPhones). 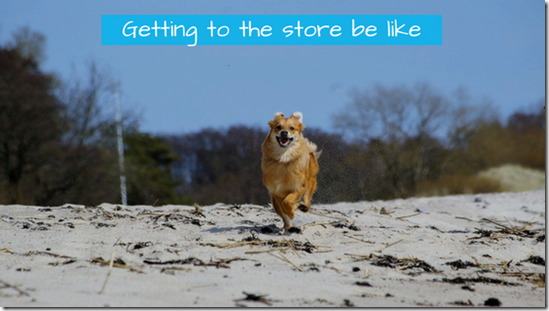 Paying Off Our Debt

Fine, you say, that’s here inside the U.S. Or within the borders of any localized economy. But what about across borders? Why couldn’t we print money to pay off our debt to China? (For the sake of argument, I’m simplifying the concept of debt. In real life, debt between nations is in the form of bonds, and you don’t “pay them off.” But humor me, I’m trying to make a point here.)

Consider the following, and I’m borrowing this example from a Youtube video that’s credited below. Four people are stranded on an island, and each has a certain type of fruit in equal number. One has 10 bananas, one has 10 apples, one has 10 oranges, and one has 10 pears. All the fruits are equally desirable and therefore have the same value. They start to trade them a bit. After wandering around, they find a forest of apple trees. What happens to the value of the apples? They drop, a lot. After the discovery, it takes 10 apples to get one banana. Now imagine this: the people are countries. And the fruits are currencies.

Luckily, we don’t have to depend on theory to understand why you can’t print money. It’s been tried, more than once. The worst case was in Hungary in 1946. But since Zimbabwe took a crack at it in 2008, let’s look at that one.

For reference, economists generally believe inflation should be between 1-3%. U.S. inflation is under 2%. Hyperinflation would be anything over 50%. That would be a gigantic number. (Just as a quick aside, some inflation is good. Why? I’m glad you asked. While falling food or gas prices sound great, what about falling car and house prices? Would you buy today when you could wait till next year and get things cheaper? Inflation encourages spending, which boosts economic growth, plus it erodes the value of debt.)

Back to Zimbabwe. In 2008, like many countries, they were an economic mess. But unlike others, they decided to print more money to pay their debts and boost economic growth. How’d that work out? Instantly their currency devalued. People were lugging wheelbarrows full of cash to buy milk. So, the government printed bills with larger and larger denominations. Like, 100 trillion. Seriously. For what it’s worth, before 2008, one Zimbabwean dollar was worth roughly $1.25. If that exchange rate applied today, this single 100 trillion-dollar bill would represent double the money of the entire world.

They changed their currency three times, each time knocking off all the zeros and trying again. The result was always the same. At its worst, inflation reached 6.5 SEXTILLION percent. For non-math people, sextillion is a real number, unlike bazillion, or gillion. It goes million, billion, trillion, quadrillion, quintillion, then sextillion. Written out, that’s 6,500,000,000,000,000,000,000%. Prices of goods doubled every 24 hours. For some perspective, at 3% inflation, prices double every 23 years. Hyperinflation doesn’t accurately describe 6.5 sextillion%; it needs its own term. Eventually, they scrapped their currency and still don’t have one today. They mostly rely on U.S. dollars.

Still not convinced you can’t print money? Because what if we printed the money in secret? I mean, if the cash makes it into the economy you can see how inflation occurs. But say we print it without anyone knowing and don’t buy stuff. Then we show up to China to pay off our $1.1 trillion debt with a bunch of suitcases of cash.

This is where fiat money becomes relevant. Much like Zimbabwe found out the hard way. Money is only valuable if people believe it is. Even if printed in secret as part of a covert program, it still wouldn’t work. Because you can’t pull a trillion dollars out of thin air. Nobody would believe it, like the world didn’t trust the U.S. had the gold to match the dollars it spent during the Vietnam War. It could never be kept secret, and once doubt forms, the dollar loses its value. The U.S. dollar is the most widely used currency in the world and considered the safest. People trust the U.S. never to attempt something like that.

If you work at McDonalds, you can’t walk into a bank, deposit $1 million, and start using it. You’d get a swift visit from a host of federal agencies including the IRS and the FBI. People are not stupid. China would never accept suitcases of cash in the amount of $1.1 trillion. It would no longer be worth $1.1 trillion. (Again, national debts don’t work like this anyway).

You cannot print money. NOW I’ll say, I hope you enjoyed this post. I’ll leave you with this extra credit question. First person to answer correctly gets a 100 trillion-dollar Zimbabwean bill. Some politicians occasionally advocate going back to the gold standard, to ensure we only spend what money we have. While well-intentioned, why is this a bad idea?

WonderWhy: Why can’t we print money to pay off debt?

8 comments on “Why Can’t We Just Print More Money?”