↓ Skip to Main Content
Home › The Apocalypse › The End of the World: Part 3

The End of the World: Part 3

Chris BabuPosted on November 19, 2017 Posted in The Apocalypse 4 Comments 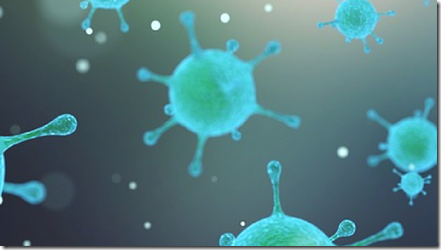 THE DANGER OF SUPERBUGS

Welcome to part three of my five-part series on apocalypses. Part one (here) focused on the importance of crafting realistic apocalypses in fiction, while the others detail the actual causes—as I see them—in my upcoming novel The Initiation. Part two (here) highlighted cyberterrorism, a problem with arguably greater risk than nuclear war. And here in part three we’re focusing on superbugs, another catastrophe in waiting. Unfortunately, nobody is talking about it.

Viruses get all the attention. Zika. HIV. Ebola. Influenza. The common cold. I’ll admit, viruses are fascinating. Despite today’s vast medical knowledge, we still don’t understand them. We don’t even know if they’re alive, or if they’re like mini-robots. On one hand, they fail to satisfy all the conditions of living creatures (kind of like Ryan Lochte). Yet they also display many “living” characteristics, like reproduction. The notion of them sweeping the globe, wreaking havoc and devastation, often captures the worlds’ fear and imagination (particularly during an outbreak, like the recent Zika craze). But their less sexy, less glamourous brethren might pose an even greater risk.

If viruses are the Kardashians, bacteria are the Duggars. Unequivocally alive, they’re one of our most basic life forms. E. coli. MRSA. Strep. The plague. Lyme disease is caused by bacteria (some famous Lyme sufferers, by the way: Ben Stiller, Alec Baldwin, Richard Gere, Avril Lavigne, George W. Bush, Yolanda Foster, Rebecca Wells, Amy Tan, Ashely Olson, Jamie-Lynn Sigler, Marla Maples, and my wife). While most infections are bacterial or viral, some also result from fungi or parasites. No cures exist for viruses (though there are treatments like anti-viral meds, and vaccines). But bacterial infections can be defeated with antibiotics, which makes them seem less dangerous. In 1928, Alexander Fleming tripped and fell into a petri dish of Penicillin discovered Penicillin, and the rest was history. Though it took decades until practical usability, it was one of the most significant medical achievements of all time. 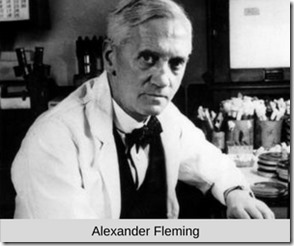 WHAT IS A SUPERBUG?

Superbug (or superbacteria) is a term for any bacteria that is resistant to antibiotics. It’s like how Chris Christie is unaffected by diets, or how Kanye West is resistant to humility. Since antibiotics are the only weapon against bacteria, superbugs are a serious freaking problem. They aren’t a separate family member from regular bacteria, like a distant cousin who visits and won’t leave. Regular bacteria, like strep or the plague, become “super,” as if they took steroids, or acquired special powers in a video game. So, in a colony of say, E. coli, some might be antibiotic-resistant and some not. Except, the percentage of super ones is already significant, and growing.

Bacteria are extremely adaptive little fuc… critters. Unlike humans, they’ve been around for 3.5 billion years, giving them plenty of down time to sit around and figure out how to survive. And they can do some absolutely crazy stuff. Regular bacteria become antibiotic-resistant (turn into superbugs) in one of two ways: a spontaneous genetic mutation that prevents antibiotics from working, or borrowing antibiotic-resistant genes from their buddies who have it. Think about that for a second. They can pass along genetic resistance to their friends.  It’s like being able to lend your best friend one of your own genetic characteristics, like your eye color. OK, not exactly, although that’s the idea.

If you dig into the details, it’s even nuttier how the mechanism actually works. Now, I know bacteria don’t have brains. But they’ve come up with some brilliant strategies for defeating antibiotics. Antibiotics usually work by deactivating a protein within the bacteria. So, the bacteria might mutate to remove that protein, or make the protein difficult to bind to. The bacteria might also produce a boatload of the target protein so too many exist for the antibiotic to deactivate. That’s not even all; here’s some more stuff these crafty little bastards do! They might produce their own enzyme that deactivates the antibiotic. Give the MEDICINE a taste of its own medicine! Sometimes they strengthen the wall of their cell so the antibiotic can’t penetrate it. I mean, c’mon. That’s solid work. Bravo, bacteria.

HOW DO SUPERBUGS SPREAD?

When someone has a bacterial infection, doctors prescribe antibiotics. As intended, this will kill the normal bacteria. If any superbugs are present, however, they will remain. And multiply, leaving an infection totally resistant to antibiotics. It’s natural selection, germ edition. Then, well, you have a situation. Furthermore, doctors often mistakenly prescribe antibiotics for infections that are viral (more on that shortly). This is even worse. It won’t cure the illness, and it helps grow the population of superbugs by killing off regular bacteria that might exist. Superbugs are left free to multiply without competition for resources. Antibiotics often are the catalyst for stimulating regular bacteria to become “super.” They may spur the sharing of antibiotic-resistant genes of harmless bacteria with harmful ones. Bacteria, super or otherwise, spread with ease through interpersonal contact, food, water, or even the air.

Unfortunately for doctors, the symptoms of viral and bacterial infections are often quite similar. Sometimes doctors prescribe antibiotics, including the most powerful ones, to treat infections that ultimately prove to be viral (usually the flu or a cold). Doctors are aware of the global risks of over-prescription, yet they’re concerned first about their immediate patients. So, they might write the script anyway. Patients also often expect, or even demand, antibiotics. The CDC estimates 30% of all antibiotic prescriptions in the United States are unnecessary (and we’re talking roughly 250 million scripts per year). Better safe than sorry, right? Well, not exactly. As we’ve seen, over-prescription can and will have serious repercussions. Every time a doctor writes a script for antibiotics, an angel loses its wings. OK no, but each one worsens the superbug threat.

You know how doctors always tell you to finish the full course of antibiotics, even if you start to feel better? This is why! If you don’t, a bacterial infection may not be totally eliminated. The result could be a resistant strain that’ll be hell to get rid of in the future.

Abused prescriptions aren’t the only way antibiotics are dangerously misused. In fact, it’s actually preventative use with farm animals that exposes the universe of bacteria to antibiotics far too often. Farm animals require regular doses of antibiotics to remain healthy, due to terrible, overcrowded conditions.

The World Health Organization estimates several million people are infected with superbugs each year. About 700,000 die worldwide, annually. MRSA (methicillin-resistant Staphylococcus aureus), which is an antibiotic-resistant version of staph infection, now kills more people each year in the United States than HIV. One study claims 70% of the bacteria in the world are resistant to antibiotics, including the biggest gun of all—colistin. It’s known as the antibiotic of last resort if all others fail to work. Here’s the really bad news: we’re not developing many new antibiotics. Since the 1970’s, we’ve only developed five new classes of them, and resistance exists to all five. Finding new antibiotics will not win the war against superbugs. It’s not clear what will.

SUPERBUGS AS A WEAPON

It gets even worse! A recent article raised the possibility that terrorists could weaponize bacteria such as the plague and spread it. The plague already shows some antibiotic resistance. As we’ve seen, bacteria do a pretty damn good job on their own developing resistance. However, in a lab it would be easy to give them a little nudge to make them fully resistant. Like a dance mom giving her young daughter a little push out on stage–only, the terrorist version. There are three strains of the plague. Bubonic plague is best known for wiping out a THIRD of Europe’s population during the Black Death of the 1300’s. (Pneumonic and septicemic are the other two).

Dr. Ashok Chopra, a microbiologist and immunologist at the University of Texas, is working with the Department of Defense on a vaccine. He warns a fully resistant strain of pneumonic plague, which is highly contagious, “could kill millions.” Bubonic plague is spread through animals, typically jumping from fleas to humans. But pneumonic plague is airborne, with a fatality rate near 100%. It’s currently ravaging the east coast of Africa, causing alarm with how quickly it’s spreading. Symptoms of the plague often resemble the flu or a cold, so it’s often ignored. If antibiotics are administered too late, they’re useless. Of course, if the plague becomes a full superbug, it won’t matter how early you take antibiotics. 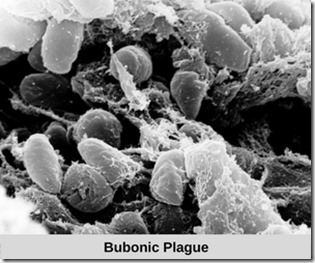 Pseudomonas Aeruginosa, which I termed “Aeru” in The Initiation, is one of the lesser known bacteria. While not as virulent as staph, strep, or the plague, it carries some properties that make it scary. It’s already highly antibiotic-resistant. The mechanism by which it effects resistance is extremely complex. Many bacteria, like E. coli, need a host organism to survive (like cow rectums!). But Aeru can survive without a host, even under inhospitable conditions. It’s just out there. It’s an opportunistic bug (think of Lindsay Lohan), often superimposing infection on top of already-compromised patients. Burn victims or people with cystic fibrosis, for example. It often infects hospital equipment, making itself notorious in the medical community. While the pesky bug usually causes a respiratory infection, it can attack the digestive track or wounds, too. Colonizations in major organs can be fatal. But Aeru has one trait that differentiates it from virtually all other bacteria—it can infect humans, animals, and plants. If it were to become more virulent, it would be a real force. It’s so resistant to antibiotics that more research is needed to determine new ways to treat it. Keep your eye on this one. It has the potential to be a future all-star.

Since viruses can’t be totally cured, while bacteria are treatable with medicine, there’s a perception that bacteria are less dangerous (particularly with the media-hyped recent viral epidemics). This couldn’t be further from the truth. The only known treatment for bacterial infections is growing less and less effective, and the trend line is not favorable. Well over half of all bacteria show signs of resistance now. These same bacteria have flourished on earth for billions of years, while humans are relatively new to the party. Organ transplants, childbirth, surgeries, and chemotherapy all rely on antibiotics to prevent infections. Hell, food poisoning and infected cuts could become fatal without a way to treat them. If antibiotics become obsolete, the world will be forever changed. We need more research, soon, on alternate treatments for bacterial infections. Because we’re not entering the era of the superbug.  It’s already here.